"Henceforth space by itself, and time by itself, are doomed to fade away into mere shadows, and only a kind of union of the two will preserve an independent reality." Herman Minkowski 1903

Herman Minkowski (who was Einstein's maths teacher) first proposed the idea of space-time, a unified four dimensional model in which space and time were not separate elements but were made of the same stuff. SWAP swaps one spatial dimension with that of time, cutting through the space-time continuum like a knife through a cabbage, revealing the intricate internal structure. 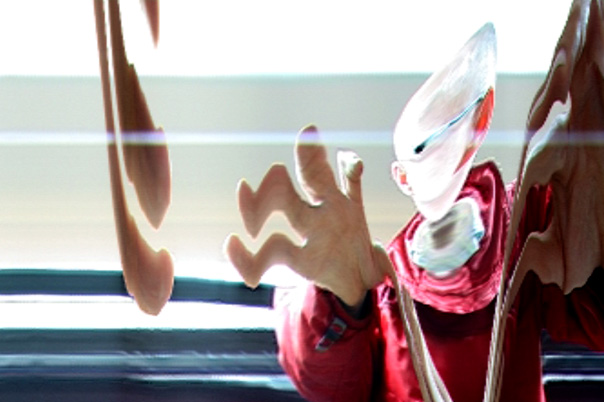 SWAP is a video/computer installation which was first shown on Dalston Lane in Hackney in the window of a disused television shop in 1998. You can see a short clip from this first version on YouTube.

If you have a mac with a camera you can download and run this version, which was written using Openframeworks. (You have to wait 15 seconds at the start)