Cloudmaker was a collaborative project in Liverpool funded by the IT as a Utility (ITaaU) Network. Our work included a research project with John Moores University, education projects with two local schools, and a multidisciplinary group exhibition at the Foundation for Art and Creative Technology in Liverpool.

Cloudmaker spawned a series of other Minecraft eduction projects led by the FACT eduction team and others including Ross Dalziel. 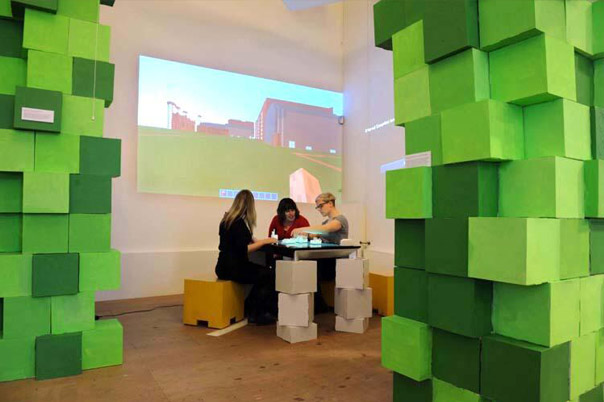 This exhibition was a collaboration with amongst others:

We built a collection of interactive mixed reality exhibits for children that combined virtual Minecraft worlds with the real world:

The centre piece of the exhibition was this mixed reality cave displaying the designs pupils from Liverpools Studio School for the redevelopment of the built environment on a site near their school. The development area had been mapped and recreated inside a Minecraft server, including streets and prominent buildings. Different proposed new buildings were mapped onto 3D printed models of the buildings that became tangible controls for moving and manipulating virtual twins inside the Minecraft world, using a touch screen table. Projectors on two walls of the cave displayed Minecraft world from the point of view of another "Steve" tangible control that could be moved around the table.

Affordable DIY kits for children to build their own Minecraft-of-Things physical devices that can interact with Minecraft servers. This project grew and continued after the exhibition 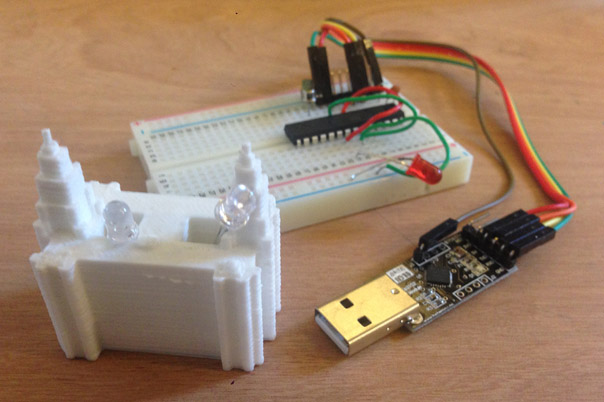 Minecraft worlds stored on RFID cards. We built a Minecraft server controlled by traditional video game arcade style controls. Each child was given a custom RFID card with their own players skin printed on it. When they played the arcade game their card's id was used to seed and create a unique and reproducible world that they could populate with models stored on Printcraft's cloud servers, allowing them to collect and store models in the world on their card. 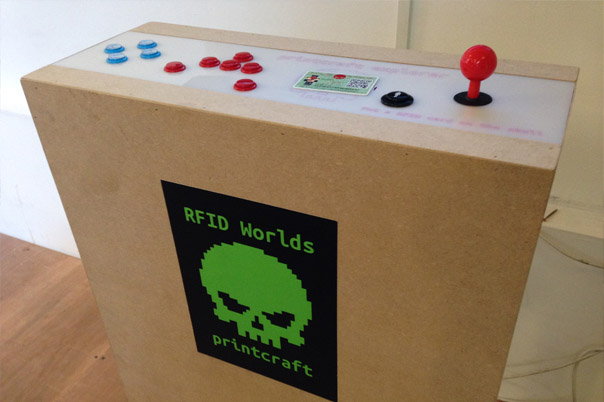 The first of several Minecraft-of-Things projects, this physical gauge displayed the number of people using a Minecraft server in real time.

A toggle light switch connected to a Minecraft server that turned the server from day to night at the pull of a string. 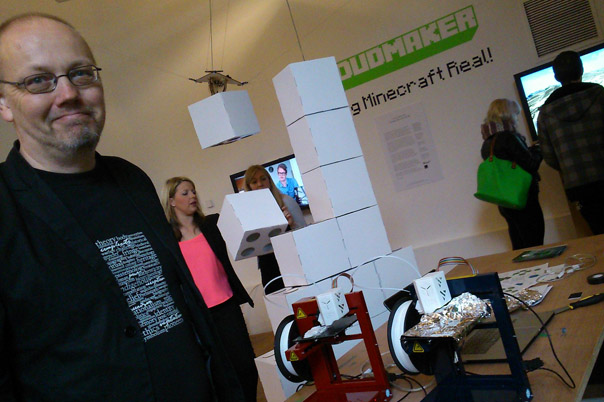